Chelsea Manning Jailed for Failing to Testify in Wikileaks Investigation

Wikileaks whistle-blower who was sentenced to 35 years in prison on 20 separate charges relating to the leaks back in 2010, but then released early in 2017 when Obama pardoned her, is once again back in prison. This time for failing to testify to the secretive grand jury in an investigation into Wikileaks.

Chelsea has released a statement:

President Donald Trump has called Manning an “ungrateful traitor” who “should never have been released from prison”. But let’s ask ourselves what exactly did Chelsea Manning do to get a 35 years sentence.

She leaked 750,000 classified, or unclassified but sensitive, military and diplomatic documents to Wikileaks, which were then released to the public between 2010 and 2017.

Probably the most damaging leak, though not in anyway causing a threat to national security, but more, a shocking insight into the US at war:

A secret report obtained by buzzfeed which was made in 2011 by the US Government even contradicts the claims that the leaks were a threat to national security:

Regarding the 750,000 Iraq-related military documents and State Department cables provided by Chelsea Manning, the report concluded “with high confidence that disclosure of the Iraq data set will have no direct personal impact on current and former U.S. leadership in Iraq.”

So what did she do exactly? 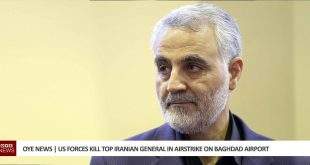 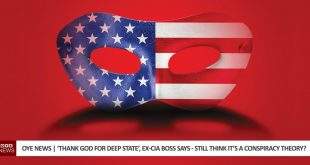 The Life and Many, Many Deaths of Abu Bakr al-Baghdadi

Is anyone going to be following this story about Lyn Thyer who is at the high court on the 12th March at 10am regarding treating cancer patients with GCMAF? I think it’s a very interesting story that needs to be aired to the public as it’s so shocking what is being done to this poor woman who in my eyes hasn’t done anything wrong.

We are just collating some details for an article on this right now. Thanks for your input.