Everyone’s favourite teenage activist Greta Thunberg has stormed social media once again with her latest post criticizing Facebook for not clamping down harder on ‘Constant lies’ and ‘Conspiracy theories’.

Apparently it would seem Thunberg would like to see an end to free speech and free thinking and prefer to see just the narrative she believes. Let’s not forget this girl is merely 16 years of age, she’s lived little and yet she has been given a platform few will ever have the opportunity to speak on. Her naivety is to be expected due to her age and its clear that she is little more than a mouthpiece for the social engineers.

‘I am, like many others, questioning whether I should keep using Facebook or not. Allowing hate speech, the lack of fact-checking and of course the issues of interfering with democracy…are among many, many other things that are very upsetting.’

I assume Thunberg is referring to articles such as our previous article entitled Extinction Rebellion – Protesting for your own Enslavement, which simply questioned the agenda behind the current climate change activism uprising. In the article, we take a look at Greta Thunberg and her origins as well as a number of other characters which are at the forefront of this climate change narrative push. These are not conspiracy theories Greta, no they are simply people using their free-thinking minds to question the flawed narrative you and the likes of Extinction Rebellion are pushing.

Can we blame people for not trusting in activist movements such as this, its not like it would be the first time an activist uprising has been used to push an agenda manufactured by entities who have no interest in the people, but merely require a change in sentiment in order for certain social changes which in turn benefits these entities, would it?

Facebook is already heavily filtered, freedom of speech on the network died many moons ago and yet here we have a 16-year-old girl complaining that their censorship isn’t enough, she’s calling for more. 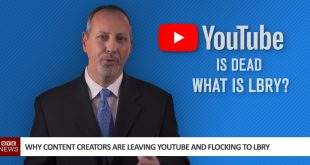