According to reports, the City of Bristol could be the first in the UK to ban Diesel Cars. Thanks, Extinction Rebellion

The move would see privately owned diesels barred from the city centre between 7am and 3pm to tackle air pollution.

Commercial diesel vehicles such as buses and delivery trucks will be charged to enter the exclusion zone, according to plans drawn up by the city’s Labour-run council. If approved, the ban will come into effect from March 2021.diesel

As well as banning diesels, the city would introduce a vehicle scrappage scheme to help motorists replace their diesel cars with petrol or hybrid and electric ones. Bristol mayor Marvin Rees said the proposed ‘clean air zone’ would help the city meet its emissions targets and ‘protect vulnerable residents’ from pollution.

While it is true, or at least the data does seem to show that Diesel fuel does produce more toxic exhaust fumes then Petrol cars the story is often cut short here. We have to consider the factors involved, firstly one of the points often brought up is that Diesel vehicles are often used to drive further, however, this is, of course, irrelevant as if Diesel was eventually phased out petrol vehicles would be driving these distances instead.

Another major point which is typically missed from the discussion is the fact that Diesel engines will last significantly longer than petrol engines, often outliving them by two to three times – so then we have to consider the increase in production and disposal of petrol vehicles.

Finally, there is the fact that Diesel takes less processing at the manufacturing level, petrol requires additional processing operations compared to diesel.

So while the data is not there to say which one overall is more polluting than the other after all factors mentioned above are taken into account, we do know that the difference is likely to be negligible, particularly when you consider that most agree that modern diesel engines already are on par with petrol engines.

We have our unthinking friends over at extinction rebellion and their demigod Greta Thunberg to thank for yet another blow to the average person’s purse strings. 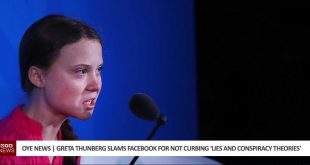 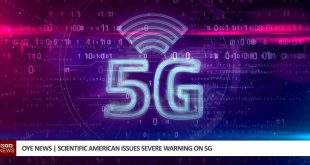 In a recently published article entitled, We Have No Reason to Believe 5G is Safe, …