St Helena abuse inquiry – Covering up a Cover up ?

The  inquiry over these reports which came from a UK charity, The Lucy Faithfull Foundation has given their verdict which was reported in the BBC:

An independent inquiry has dismissed allegations of endemic child abuse and a government cover-up in the British overseas territory of St Helena.But the report found there was evidence of “system failings by social services and police in the past”.Barrister Sasha Wass QC, who led the inquiry, said “significant progress” had been made in child protection on the Atlantic island.

The senior barrister also concluded there was “no truth” in allegations by “whistleblower” social workers that abuse on the island had been covered up by the UK and St Helena governments.

The report concluded that the social workers’ claims were a “gross distortion of reality” and allegations against others were made “in order to deflect from their own incompetence and wrongdoing”.

Now if you are not familiar with this case here is a report from the Daily Mail back in July 2014:

Residents told the Mail the island was ‘worse than Pitcairn Island’ – another remote British territory where, ten years ago, six men on an island of just 47 people were convicted of dozens of sexual offenses.

Despite the horrifying abuse laid out in an 83-page report in May 2013, the visit was never publicised and the files were reduced to a four-page summary, which was quietly published on the islands’ government websites.

Now, the Mail can reveal that the charity found:

The Foreign and Commonwealth Office (FCO) could now face accusations of a cover-up in the same month it emerged a dossier detailing explosive claims of a paedophile ring within Westminster had gone missing.

What the inquiry fails to explain is how they have come to the conclusion that ALL previous reports made by the charity are false. And if they do believe them to be false claims it is not clear what motives this charity would have in making such claims – also most of the information gathered by the charity was through Social Workers and residents  on the island, so again what motivation could these people possibly have for making up such claims ?

Is it more likely that yet again another Child Abuse inquiry has just swept any chance of help for these Children and any kind of justice served to the abusers firmly under the rug?

You also have to question why they have tried so hard to stop the allegations of Child Abuse coming out in the first place. The report by the UK charity mentioned above was never made public nor was it ever actioned upon until years later – it was ignored. Anyone who has attempted to speak out about the abuse on the Island has been harassed and had their lives destroyed.

The Telegraph reported back in January 2015 the following:

As reported in The Telegraph last week, child abuse was being “ignored throughout society” on the island until recently, with some offenders fined as little as £50 and at least one paedophile going unpunished for seven years after his confession to police. An independent inquiry is now examining claims the abuse was covered up by the island’s government and the Foreign Office.

Less than two years on, they have both lost their jobs. As they sue the Foreign Office, claiming they were forced out after blowing the whistle on paedophiles, they are being investigated for alleged perjury in an adoption case on Ascension island, a dependency of St Helena. If charges are brought, they could be extradited to St Helena, facing trial in the very institutions they had bitterly complained about.

None of what we have already found out over the years about the island coincides with what the verdict on this Inquiry states.

For more on Child abuse on St Helena and other British Islands please check out our earlier article here:  http://bit.ly/1TGmRuq 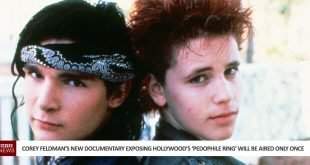 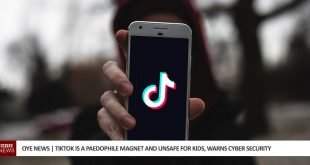 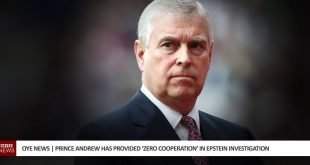 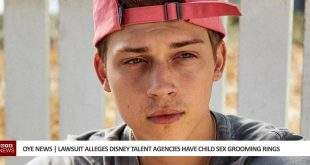 The following excerpt is from BBC News: Harvey Weinstein has been charged with sexual assault …